IFC’s John Lartz captured the gold medal at the Purdue Epee Challenge September 6 in West Lafayette, IN. He was undefeated in the first round of pools and out scored his second round direct elimination opponents 60-40, renewing his A rating in the process. John, a nationally ranked veteran epee fencer,  teaches beginning and intermediate fencing classes for adults  Monday and Tuesday evenings at IFC.

Our senior epee team made up of Maciek Zmyslowski, Misha Heber, Gabe Weininger, and Sasha Heber, won the senior team men’s epee event at the 2013 USA Fencing National Championships in Columbus, Ohio.  This is the first senior team epee title won by an Illinois team since the gold medal won by the IFC senior women’s epee team in 2005.

Special recognition goes to Coach Ina Harizanova, whose dedication and devotion to the sport of fencing, IFC, and its members made much of this possible. She has directly or indirectly influenced every one of these athletes and her drive and determination have lead to their success at these national championships.

Check out the story of our achievements in the Trib Local and take a look at some of the fun and fencing action at http://vimeo.com/70457261.

Tim Glass received enough points from his 3rd place finish in the Veteran (50-59) Men’s Epee event to put him at the top of the list of those qualifying for the USA Veteran Epee Team. He will compete October 4 in the Veteran World Championships in Varna, Bulgaria.

The IFC Board has approved a modest dues increase to keep up with rising operating costs. At $225 ($115 for students), our dues remain the best fencing value in Illinois. IFC’s membership year coincides with that of USA Fencing: August 1 through July 31. Both USFA and IFC dues are payable now. The IFC membership application for the 2013-14 season can be found on the IFC website at http://www.ifcfencing.org/forms/IFC_membership_Ap13-14.pdf. USFA membership information is available on the US Fencing website at http://www.usfencing.org/page/show/698114-membership.

With your participation and support we can look forward to another successful fencing season at IFC. I hope to see you soon,

6 Medals for IFC in Columbus

The 2013 USA Fencing National Championships in Columbus, Ohio came to an end last week. The last of the 20 fencers from the Illinois Fencers Club (IFC) of Mount Prospect who participated in the event returned home on July 7th. The athletes, 12 of whom are members of the Youth Program competed in total of 22 events (one to four events per fencer), came away with six medals, including a national champion title! The best overall result the club has ever achieved. Read the full article in Trib Local. 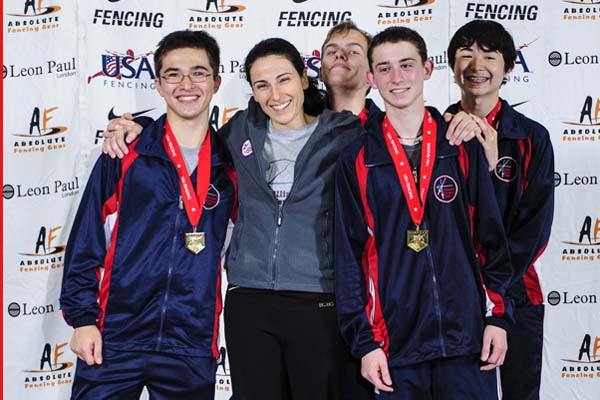 IFC will be open for epee practice as follows.

It’s a very good amount of fencing considering Christmas and New Years fall on Mondays and Tuesdays, when we will be closed.

We’ll do a “New Year’s Special” epee tournament on Saturday 12/29 and head to Mrs. P’s for drinks and food after that.

IFC will be hosting its four historic tournaments this year — IFC Fall Open November 25, 2012; IFC Foil & Saber Challenge March 24, 2013; IFC Dominick Epee Challenge April 28, 2013; and IFC Youth tournament June 2, 2013 — plus a tournament for less experienced fencers on February 10. All are sanctioned by the Illinois Division of the United States Fencing Association. The tournament schedule has been posted on the Division website at http://www.il-usfa.com/p/2012-2013-schedule.html.

IFC’s membership year coincides with that of USA Fencing: August 1 through July 31. The membership application for the 2012-13 season can be found on the IFC website at http://www.ifcfencing.org/forms/IFC_membership_Application.pdf . The application form can be filled out on your computer and printed out. Dues remain at $195 ($100 for students). Bring the application form along with your check on your next visit to the club.

We are looking forward for another great season at IFC.  Due to the high interest in IFC’s Introduction to Fencing class for for children 7 to 12 years old, we added and additional class on Thursdays 5 to 6 pm. Adult classes meet on Tuesday evenings. Open fencing 7:30 – 10:00 pm Mondays and Thursdays and 11:30 am -1:30 pm on Saturdays.

Due to the high interest in IFC’s Introduction to Fencing class for  for children 7 to 12 years old, we are adding another class on Thursdays 5 to 6pm.  The fee is $80 for the six-class series. Visit the Youth Program page for more information.

END_OF_DOCUMENT_TOKEN_TO_BE_REPLACED 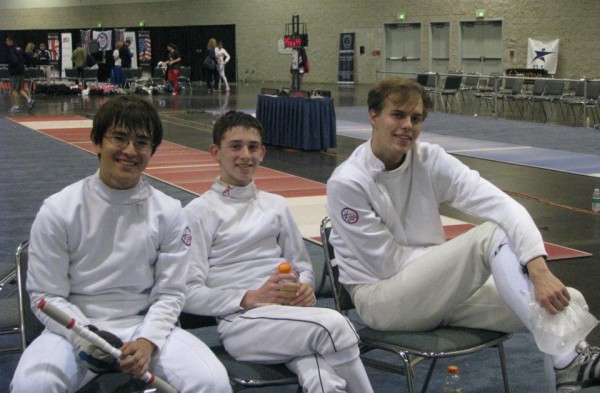 IFC has added a membership category for collegiate fencers who would like to maintain or sharpen their fencing skills at IFC during the summer or who would just like to fence for fun.

The $45 membership runs from June 1 through August 31 for college students and high school seniors graduating this year. Members may participate in open fencing from 7:30-1o:00 pm on Mondays and Thursdays and from 10:00am-1:00pm on Saturdays.

Kathy Gaertner earned a US Fencing Association E rating in the competition and Nate Wegbreit rose to a D rating.

END_OF_DOCUMENT_TOKEN_TO_BE_REPLACED

Our new website IFCfencing.org is live. It is designed to give visitors a straightforward, easy-to-navigate view at IFC and provide members with latest club news and a picture gallery of member activities. Suggestions for improvement are welcome. Send your comments to News@IFCfencing.org

Initial site content was put together by Bob Baldwin with significant photo and video input by Sammie Doro’s older sister Alix Doro and Larry Grazian. Future content will depend on member support. We will need photos of IFC members in fencing venues for the Gallery section of the website and tournament results and fencing related stories for the News section. Photos should be as large as possible for clear reproduction on the screen (pictures emailed from phone cameras are often too small to be used.) Email stories and photos to News@IFCfencing.org.

Site design and construction was carried out by John Siepl, Sips Web Design.

IFC fencers faced off in the finals for the second consecutive year at the Burton Open to determine the winner of the mixed epee event October 1, 2011 at Northwestern University. Maciek Zmyslowski won the gold again, this time fencing Misha Heber. The score was 15-12. Last year, Zmyslowski fenced IFC’s Michael Slater for 1st place.

Carl Lyday placed 8th, earning an A classification. Gabe Weininger placed 10th. Bob Baldwin, Glenn Engstrom, Sasha Heber, Dave Swanson, and David Zeko were among the event’s 75 competitors in the A4 rated event. IFC competitors in other events were Sammie Doro and Kathy Gaertner in women’s epee and Frank Gonzalez and David Zeko in mixed foil.

We are scheduled to host four USFA sanctioned tournaments this season.

Engraved medals with the IFC logo will be awarded 1st, 2nd, and 3rd place finishers. The winner of each event will fence for free in that event at the next IFC tournament.

Tournaments will be held at the Central Community Center, 1000 W Central Rd, Mt. Prospect, IL. The facility has locker rooms with showers, and bleachers for spectators.

Log on to askFred.net to learn more or register.

IFC fielded 14 youth and veteran fencers at the 2011 National Championships in Reno, NV. They fenced in 20 events. IFC qualified 17 youth fencers for the Summer Nationals, 9 of which competed in Reno. If there was an Iron Girl Trophy, it would have been won by Sammie Doro who fenced five events in six days. Check out the video of our youth team in the Gallery section of our website.